It’s that time once again – ‘twas the week before Christmas, and all through the house, everyone was all like, “Crap, what last-minute gifts can I get on Amazon Prime?” Have no fear – our annual book review round up collects some of our favorite titles from 2019, as well as other standouts we’ve read this year.

Our lists focus on books that your recipient isn’t likely to already have, either because they’re obscure and lesser-known or because they just came out that recently. You can also check out our 2017 and 2018 book lists.

After spending 18 years in prison, Jodi returns to her home in West Virginia’s mountains. Dealing overwhelmingly with redemption, as well as home and maybe more importantly, place, this well-paced novel also beautifully tells a story of imperfect people trying to stitch together their broken lives.

The Tenth Muse by Catherine Chung

E. Kirshe writes, “I try to write very thoughtful reviews about very thoughtful books, and I will, but I’ll let you know right away that Catherine Chung’s The Tenth Muse was excellent. Don’t waste time here, go read it.”

Filled with lovely prose, The Tenth Muse manages to remain an intimate story while going through a sweeping history. The book follows Katherine, a mathematician, from her 1950s childhood through her years of school and work as one of the only women in her field. Her quest to solve the Riemann hypothesis takes us through to the end of her career.

On Division by Goldie Goldbloom

In Goldie Goldbloom’s new novel, On Division, a middle-aged Chassidic woman grapples with her faith when a new pregnancy keeps reminding her of the way her gay son was mistreated by the community.

Goldbloom has a knack for description. The novel offers a glimpse into one of the tightly closed Chassidic communities in Williamsburg. On Division is a compelling read about a woman living in Chassidic Williamsburg.

And So We Die, First Having Slept by Jennifer Spiegel

Brett is a hopeless romantic who finds herself middle-aged, washed out with fading looks and her fiery independence dulled by brain damage. Enter Cash, a former drug addict turned born-again Christian. When the two enter into an unlikely, impulsive marriage, the meat of Jennifer Spiegel’s novel, And So We Die, Having First Slept, begins.

The Starless Sea by Erin Morgenstern

The latest book by the author of The Night Circus is a love letter to storytelling in any and all mediums. Morgenstern has a real talent for filling a fairy-tale like atmosphere with realistic characters, and prose that ranges from haunting to humorous, ethereal to grounded. After finding a mystery book in the stacks of his Vermont college library, one that includes a story from his own childhood, Zachary Ezra Rawlins is lead to a sprawling home for stories hidden beneath the earth.

Kitty Norville and the Midnight Hour by Carrie Vaughn

Kitty Norville is a pretty solid, fun 14-book werewolf series. Carrie Vaughn’s protagonist Kitty is a badass feminist hero. The thing I appreciate most about this series is that while there’s some romance in the books, it isn’t the main focus. I’d recommend this series for anyone you know who’s a fan of Charlaine Harris or Laurell K. Hamilton.

The 2020 Commission Report on the North Korean Nuclear Attacks Against the United States, by Jeffrey Lewis

This is a speculative novel that is definitely not escapist.  It detailed the all-too-real possibility of a nuclear attack by North Korea and the steps leading up to it.  The speculation is in a series of events that leads North Korea to believe they’re being attacked, but it’s just an inch away from reality.  The events described at scrupulously researched, and sadly plausible.  And yes, Twitter doesn’t help.

The Source of Self-Regard by Toni Morrison

“A writer’s life and work are not a gift to mankind; they are a necessity,” writes Toni Morrison in the prologue of her latest book, The Source of Self-Regard. This collection of work, spanning four decades, goes on to show just how necessary Morrison is to our literary canon and how illuminating to our society.

People I’ve Met on the Internet by Stephen Van Dyck

As Stephen Van Dyck was coming of age, the internet came of age around him.

For a gay teen in a small town, the internet meant the freedom to find other gay boys and men for dating, casual hookups, and friendship. In his new book, People I’ve Met from the Internet, Van Dyck has published a meticulously kept list of these encounters annotated with stories, full of funny and bizarre details.

Gender and Our Brains by Gina Rippon

The Elegant Universe by Brian Greene

Brian Greene writes about mind bending subjects, in easy to understand ways. (Well, mostly easy — I’m still having trouble visualizing the 12th dimension).  In this one he covers the universe.  He walks you through the latest thoughts on string theory, subatomic particles, multi-dimensions, and other new concepts in physics.  When you finish the book you’ll know much more about what we don’t know, and be amazed at what we do.

Erik Larson writes history like a suspense novel.  You may know the outcome, but still you’re on the edge of your seat. We may know in broad strokes that (spoiler alert) the Lusitania was sunk during World War I, but Larson gives you the details. He takes us to the submarine that sinks the ship, German command that makes a foolish decision, we meet the passengers (and trust me, you won’t know if the vivid descriptions come from interviews or posthumous diaries entries.)  And besides it’s the 101st anniversary of the end of War War I, time to revisit.

The Guns of August by Barbara Tuchman

As someone mentioned, it’s the 101st anniversary of the end of War War I, but what about the beginning?  This classic book shows how what was supposed to be a short war turned into an epic and unending bloodbath, through fateful decisions made in August 1914.   We’re brought into the command center of the key players, England, France, Germany, Russia and Belgium, as they each progress, accidentally, to the inevitable.  Learn a little history, why don’t you. 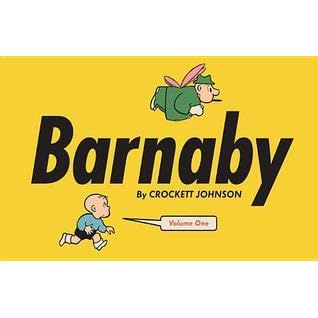 Remember Harold and the Purple Crayon? Did you know that before he wrote that childhood classic, Crockett Johnson wrote an odd, unique and inventive comic strip called Barnaby? Collected by Fantagraphics Books, this collection has footnotes that provide historical context.

Trashed is part memoir-inspired graphic novel, part ode to anti-consumerism. A summer spent working as a garbage collector gives a young adult a new perspective on how we make trash, and what we do with it.

The Life of Frederick Douglass by David F. Walker

In this powerful new graphic novel, David F. Walker presents Frederick Douglass’s story in a compact narrative that young readers and adults alike can enjoy. With illustrations by Damon Smyth and short lessons that contextualize the history around Douglass’s life, this work will give readers a broader understanding of the end of slavery, and the events leading up to it.

If you’re a certain age, you’ll remember Eoin Colfer’s bestselling Artemis Fowl series. Colfer just published the Fowl Twins, a new installment in the popular fantasy books, and a big-screen adaptation of Artemis Fowl is hitting theaters next year, so this is the perfect time to gift a copy of The Wish List, one of Colfer’s lesser known works. In it, a wisecracking teen girl finds out that if she wants to get to heaven, she must first make things right on Earth. This book is a great way to get fans of the Good Place interested in reading. Age-wise it’s appropriate for precocious readers age 11 and up, or older teens of any age.

Bunnicula: A Rabbit-Tale of Mystery, by Deborah and James Howe

This super-cute book is the first installment in the Bunnicula series. A cat grows suspicious that the new rabbit addition to the family is actually a vampire. When carrots start showing up drained of juice, Harold the dog and Chester the cat decide to investigate.

This series has fallen out of popularity, but it’s still relevant as ever. Shape-shifting kids battle aliens but find out that it isn’t quite so simple as pure good and evil.